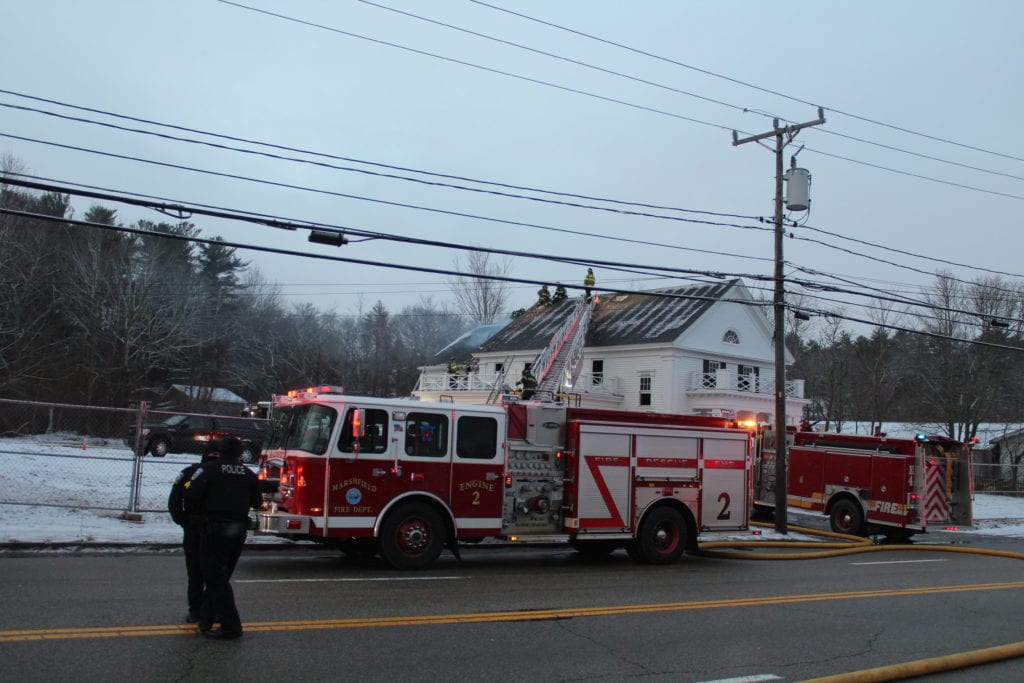 A three-alarm fire broke out at a Marshfield building that is being renovated into housing for veterans. The fire department responded just after 5 a.m. this morning, with mutual aid including Norwell, Duxbury, Pembroke, and Hanover. The fire appeared to be quickly knocked down, but crews remained on scene for an extended period of time. […]