Police removed an Eastern Red Screech Owl from on the side of the road in Hanover, officials said.

Officers patrolling Circuit Street were flagged down by a couple who spotted the bird sitting on the side of the road, according to a post from the Hanover Police Department’s Twitter page.

Officers brought the owl to the police station, called Duxbury Animal Control and had it transported to a sanctuary, officials said. 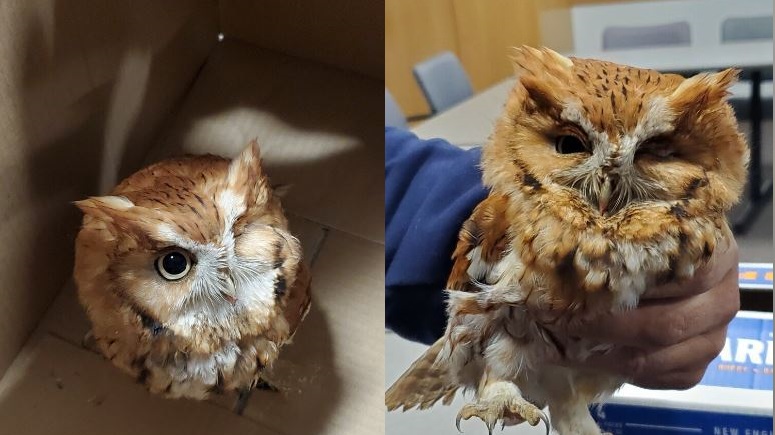