One person was taken to the hospital Monday after a car crash in Hanover.

Officers responding to the scene on Route 123 near Webster Street found the front of the vehicle badly damaged.

The road was shut down as crews cleared the scene, but has since reopened.

The victim’s condition has not been released.

The cause of the crash remains under investigation. 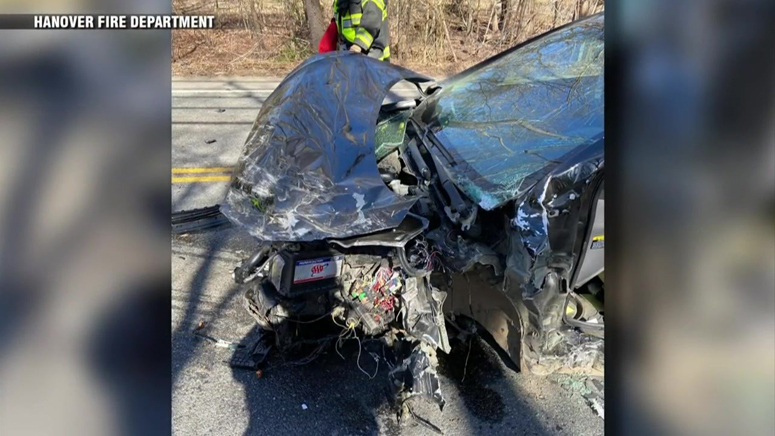