Two EMTs were hospitalized after a car struck an ambulance they were in at the time in Hanover on Saturday, fire officials said.

Crews responding to the crash at the intersection of Webster and Whiting streets just before 4:30 p.m. found the ambulance on its side and the front windshield cracked, according to a post from the Hanover Fire Department’s Twitter page.

Both EMTs were taken out of the ambulance through the front window and hospitalized for non-life-threatening injuries, according to officials. 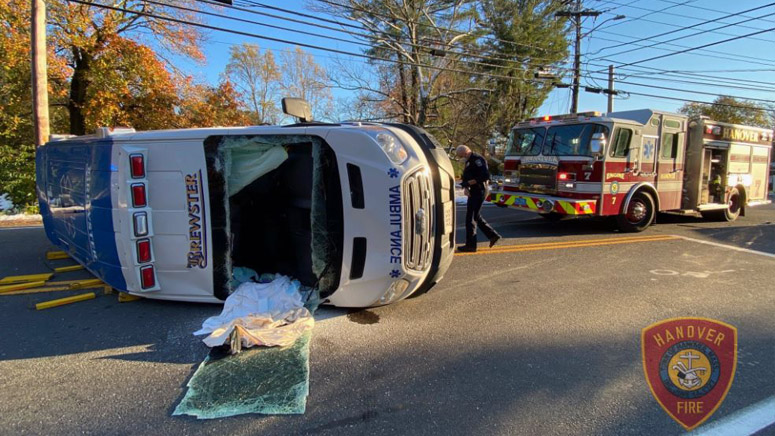