City and town officials are fuming over Gov. Charlie Baker’s move to prioritize mass vaccination sites over local clinics, which one mayor called a “slap in the face.”

“This is just an absolute disaster,” Attleboro Mayor Paul Heroux said. “Other states have been doing a much better job than Massachusetts.”

Secretary of Health and Human Services Marylou Sudders sent a letter to cities and towns Wednesday notifying officials that the state would stop sending first doses of the coronavirus vaccine for most individual municipal clinics, effective March 1. Instead, the state is prioritizing mass vaccination sites and regionalized clinics.

Download our mobile app for iOS or Android to get alerts for local breaking news and weather.

“It’s a slap in the face for our health department and boards of health throughout the state,” Heroux said. “It was very disappointing. A centralized vaccination effort is not the right way to go. It pulls people out of the community away to communities they’re not familiar with.”

Municipal leaders, first responders and public health officials from throughout Plymouth and Norfolk counties will voice concerns over the state’s latest change in the vaccine distribution rollout at an event in Whitman at 10 a.m. Thursday. Fire Chief Timothy Grenno is hosting on behalf of the Whitman Fire Department.

“We want our residents to know that we have been fighting for them every step of the way, and will continue to make our voices heard about the distribution of vaccines,” Chief Grenno said. “We are ready to continue to administer the vaccine to first responders, health care workers and members of our senior population, but our ability to do so is dependent on receiving doses from the state.”

Massachusetts is in the midst of moving to Phase 2 of the vaccination plan, which grants eligibility to nearly 1 million people. Starting Thursday, residents age 65 and older and those with two or more medical conditions can begin scheduling appointments.

Because of the large number of eligible people and a lack of supply, the Baker Administration said it has to streamline the vaccine distribution process. State health officials said the goal is to increase capacity at mass vaccination sites like Fenway Park or Gillette Stadium, along with regional collaboratives and pharmacies.

“The biggest limitation right now is supply of vaccine,” Public Health Commissioner Dr. Monica Bharel said in an interview with NBC10 Boston and NECN. The state currently receives roughly 100,000 new doses per week, according to Bharel.

“The principles of our vaccine distribution are on efficiency, effectiveness and equity,” Bharel said. She pointed to a new equity initiative that prioritizes 20 cities and towns that have been disproportionately impacted by the pandemic. The latest policy restricting vaccine doses does not apply to those municipalities.

Communities that have their own vaccination clinics will still get their second doses for those who already got one at their local town clinic.

Baker has been under fire over the state’s vaccine rollout, facing criticism from the congressional delegation, state lawmakers and communities of color.

The legislature announced oversight hearings to investigate the rollout Wednesday. Baker has said he looks forward to that. As for the criticism, he pointed out that Massachusetts is the only state that prioritized the mental health, prison and homeless communities.

New data from the Centers for Disease Control and Prevention shows Massachusetts significantly improving, now 10th in the country for vaccinations per capita — but that has done little to quell the criticism this week.

There are currently over 170 vaccination locations across the Commonwealth. Currently, almost 95% of the state’s population lives within a 45-minute drive of a mass vaccination site or within 30 minutes of a regional, high volume site — not counting the pharmacies, provider and community health center vaccination sites.

Details for booking can be found via the COVID-19 Vaccine Finder, which enables residents to search for a vaccination location and view appointment availability before scheduling. The tool can be accessed via the state’s vaccination website at www.mass.gov/COVIDvaccine or directly at https://vaxfinder.mass.gov.

Individuals who are unable to access appointments via the internet can call 211 and follow the prompts for vaccine appointments. 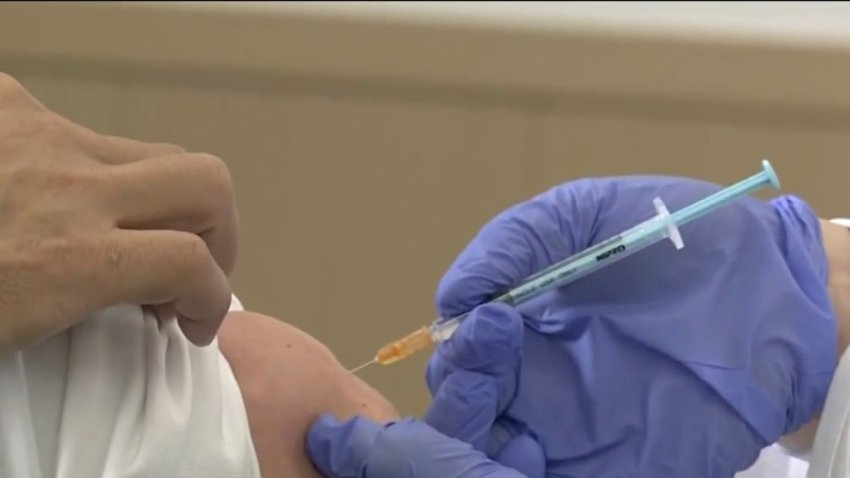 Mass. Seniors Between 65 and 74 Excited to Be Eligible for COVID-19 Vaccine 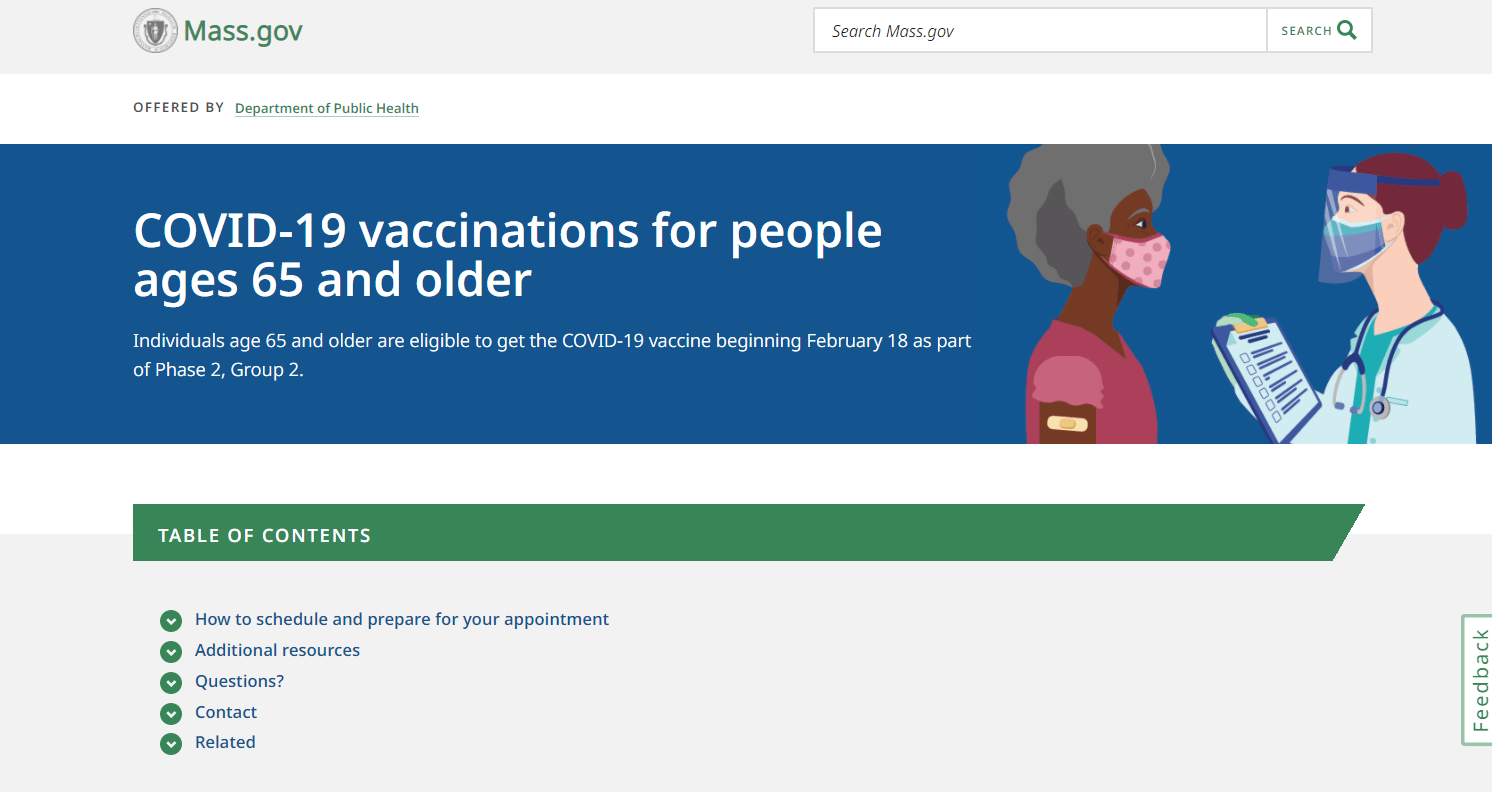 Vaccinations Open to 65+ Thursday in Mass.: How to Schedule an Appointment